08 Apr How to beat the pensions gender gap

Posted at 14:45h in Wealth Extras by The Bloomsbury Wealth Team
0 Likes

There’s still plenty of room for improvement, but there’s more awareness now than in the past about gender inequality. That said, there are still aspects of the problem that don’t get enough attention. One of them is the pensions gender gap. A video on the Bloomsbury Wealth YouTube Channel.

RP: There’s still plenty of room for improvement, but there’s more awareness now than in the past about gender inequality. That said, there are still aspects of the problem that don’t get enough attention. One of them is the pensions gender gap. Here’s the financial author Iona Bain.

IB: The pensions gender gap is very simply the difference between a woman’s typical pension pot and a man’s typical pension pot at retirement. Women tend to miss out on building up their workplace pension, because they take more time out of their jobs to look after children, or elderly parents compared to men, and they’re also much more likely to work part-time and therefore not qualify for workplace pensions. They typically earn less than men as well, so they have lower contribution levels into those pensions, and they usually rely much more on their partner’s pension, which leaves them much worse off should they divorce?

RP: One possible explanation for the pensions gender gap we can rule out straight away is the notion that women aren’t as good at investing as men. If anything, research suggests the opposite is true.

IB: Many studies show that women who do invest tend to outperform men, earning returns anywhere between 0.94% to 1.8% higher. So we know that women can be really good investors, and actually, they may be even better than men. But why is that the case? Well, it’s the cause of much debate. It could be that women are more cautious than men, so they don’t chase those headline-grabbing investments which promise high returns, but which may turn out to be a big disappointment or even fraudulent. And studies also suggest that women trade less and are more patient investors, so they don’t panic when markets fall and sell out, therefore crystallising their losses.

RP: So, why is it that it tends to be the man in a relationship who makes the investment decisions? Well, the problem in many cases is that women lack confidence when it comes to investing — and that’s primarily down to nurture rather than nature.

IB: I think men and women do view money differently, but I don’t think that’s primarily down to biology. I think the real reason that men and women grow up with different attitudes to money is because we talk to boys and girls in very different ways about money. And that’s something that’s backed up by research. So in 2018, a survey of 500 children found that 64% of boys had received ‘the money talk’ from their parents compared to 54% of girls. And parents were 17% more likely to report sons as being intelligent with money, compared with their daughters. And that same research found that in women’s magazine’s two-thirds of articles about money described women as excessive spenders who needed to rein it in, and didn’t talk about investing. By contrast, 70% of men’s magazine articles portrayed money-making as a real masculine ideal and presented investing as a new exciting frontier for their finance.

RP: Women, then, do need to become more confident about saving for retirement. And parents have an important part to play as well. 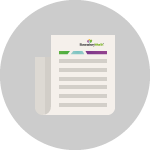